Feature :: And Death He Rode

-My brother to the driver 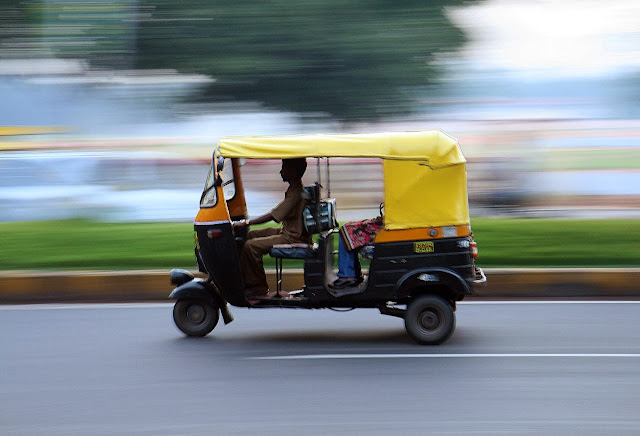 I’m sure you heard this phrase, ‘Auto wale ke jaisa kaiku chalaare?’ (Why are you driving like an autowala?) I don’t know if it’s just a Hyderabad thing or not but, over here we hear it quite often. It is most popular with mothers who scream this phrase when their sons go at a ‘high speed' of 40 kmph. *ahem* In Hyderabad, it’s typical how the autowalas drive. They can make the rashest drivers pee in their sleep. For an auto driver speed breakers and bumps do not exist. And, who cares about the traffic or the so called rules? Their motto is: Once you start, hit the brakes only when reach the destination.

Last night I hired an auto. Thankfully, there was no hungama for the fare’s discussion. This fellow was such a reckless driver that I was literally (I really mean it) praying that I reach home alive. To him the roads appeared empty or maybe, he couldn’t see people or vehicles or sidewalks. He ‘dhoom machalay-ed’ on and I sat in the back praying every second, reciting all the duas and darood I knew for road safety.


It’s not just the autowalas!
A few years ago when my brother returned from the US after five years, we all went to receive him. It so happened that my brother, along with his friend and our cousin, took a cab while the rest of us rode in our car. I remember seeing my brother shaken up so bad after that ride, that he was dazzled and his life seemed dependent on the driver. ‘Bhai! Bas zinda pohancha do. Paanch saal ke baad ghar aaya,’ is what he told him. ‘This is nothing, bhaiya. Hire an auto and you’ll know,’ I replied to that statement, which I thought to be quite wise and cynical of myself.

But wait! There’s another side to this.
During my eleventh grade, I used to go to the bus stop in a cycle rickshaw, as it was not at a walking distance from our place and ten rupees cheaper than traveling in an auto. I was a student and every rupee mattered. So anyway, one evening I hired the cycle rickshaw to return home. The driver was a typical old man, bent at the waist, skinny and bald. He asked me six rupees and that was a rupee extra than what I gave daily. I refused. (Yeah! I’m stubborn that way.) ‘Roz jaate uncle. Roz paanch rupye hi dete’. The old man simply nodded and I got in.

When I think about that ride, I know that it was my best one so far. I felt like I was floating on clouds over water. The old man was too gentle; not a single jerk, not a twist of tyres over stones, gracefully avoiding the ditches—Oh my! He was an angel, if ever I met one. I wish that ride never ended. I ended up giving him ten bucks, which he first refused. But, I insisted and thanked him with all my heart until he agreed. I still remember the smile he gave. Cracked lips, missing teeth, lines, wrinkles and a couple of scars gracing his dark face--it was beautiful. 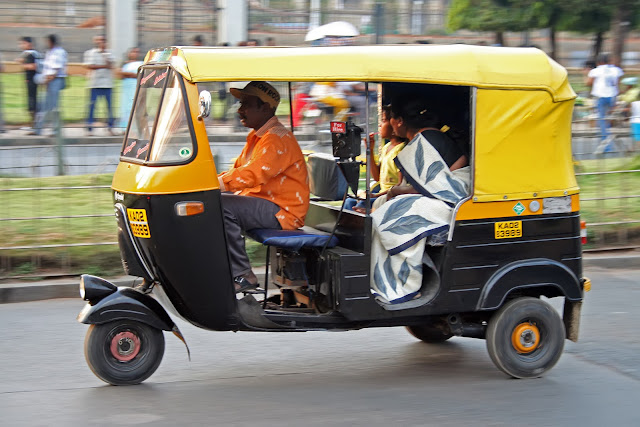 The Adventure Vehicle: Hyderabad Autos
And then there are some for whom a speed of 20 kmph is a ‘daredevil feat’. They drive as a service to other commuters; let them pass, stop for every person on the road, or stop at every temple and bow for a while—yeah! I’ve had it all. And I’m sure there’s more to come. I guarantee that the Hyderabad autowalas never fail to amaze.

-
Special thanks to Sultan for helping me with editing this piece.
Pic courtesy: this page
Labels: Adventure Article autorickshaw