Nailing culprits with a dash of fashion 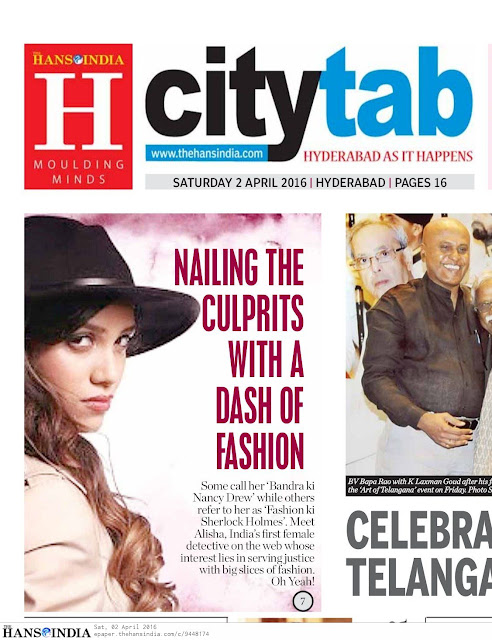 Here is some great news for Indian audience that thrives on watching web series. They are on the rise and how! What’s more! There is an element of freshness even in the completion Take for instance the critically acclaimed ‘Alisha – The Fashion Detective’ on Culture Machine’s Blush You Tube channel, which remains vivid in one’s memory and can be revisited on the internet.

A crime-thriller featuring India’s first female detective on the web, 'Alisha' is clever, sassy and gives a damn to people’s opinion about her. Although, inspired by desi detective Byomkesh Bakshi and Agatha Christie she is one-of-a-kind as she probes into crimes happening in the world fashion and entertainment.

We caught up with Lianne Texeria, who both created as well as played Alisha on the show, and director Akanksha Seda, who tells us “what happens when the most badass bunch of women get together to run a YT channel”.